Skip to content
September 27, 2017 Author by index.Posted in Soccer. 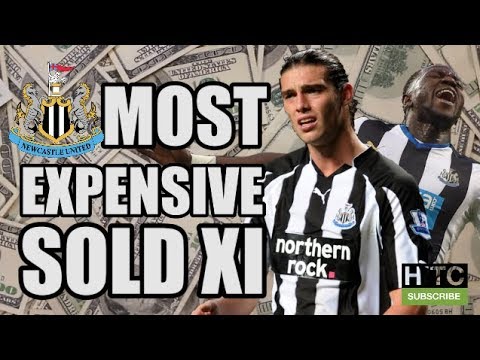 The club has made considerable funds from transfer market activity over the years.The Magpies used to have a habit of selling their best players in big money moves. For each position on the field, find the most expensive sold players below.

Shay Given holds the record when he left the club for Manchester City back in 2009. Newcastle received a reported £7 million. He was sorely missed as the reliable keeper was not in goal when the club relegated at the end of that season.

Jonathan Woodgate, Sebastian Bassong, Jose Enrique and Mathieu Debuchy are the most expensive players in the backline that the club has sold to date. Enrique and Debuchy were excellent fullbacks before they were sold to top sides Liverpool (2011 for £6 million) and Arsenal (2014 for £12 million) respectively. Centre half players Woodgate and Bassong were released to Real Madrid (2004 for £13.5 million) and Tottenham Hotspur (2009 for £8 million) respectively.

Following the relegation to the Championship in 2016, Andros Townsend left for £13 million to Crystal Palace as he wanted to retain top flight football status, particularly after his stint with the national team. YohanCabaye bought into the allure of life at Parc des Princes so he exited for £19 million back in 2014, even though he later struggled for game time. Like Cabaye, MoussaSissoko struggled for game time as well after moving to Tottenham Hotspur for whopping £30 million in 2016.

James Milner moved from Newcastle to Aston Villa and even Manchester City, before becoming the star he is at Anfield. He left Tyneside back in 2008 for £10 million. Like Milner, GeorginioWijnaldum was a star at St James Park before joining The Reds. He moved for around £25 million. Andy Caroll is the most expensive on this list as Liverpool acquired his services for £35 million in 2011.