Skip to content
November 21, 2016 Author by index.Posted in Soccer.

Former Premier League side Newcastle United are gearing up for another perfect month in November as they actively pursue returning to top flight English football. 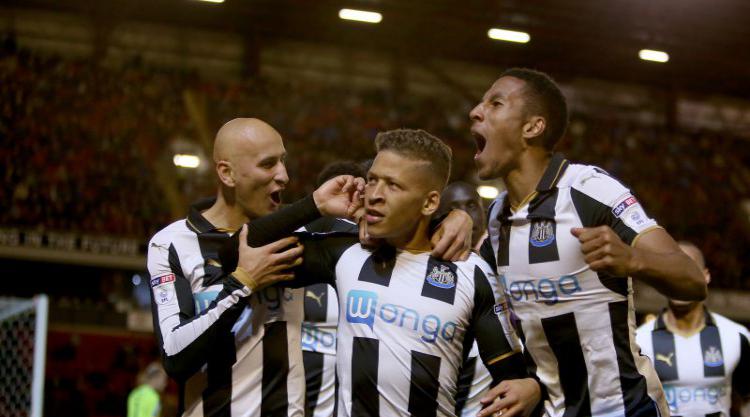 The leaders in the English Championship would want to consolidate their lead as they enter the new month. They have made a statement with their perfect record in October, showing that they want to be among the three that would get a promotion back to the Premier League when they season ends.

Close competition Huddersfield lost three times in October while Norwich lost twice at St. James Park and over the weekend at Brighton. Aside Newcastle, Brighton and Leeds put up a strong challenge last month even as the top six start to knock on the door.

Newcastle would be hoping to maintain their perfect record when they host Cardiff over the coming weekend. Wigan Athletic – without a manager – thrashed Cardiff on Saturday. Neil Warnock was without main striker Rickie Lambert who is out injured. On paper, Newcastle are poised to get the victory.

Newcastle would visit Leeds in an away match after their Cardiff clash. Garry Monk has been decent for Leeds as they hope to turnaround their poor start to the season. Chris Wood would be a threat with his current form. It would be Newcastle’s biggest threat in the month of November, and threatens the perfect record.

Newcastle would host Blackburn at home. The Rovers seem disorganized, the fans are revolting and the confidence in the squad is very low. Newcastle should be able to get all three points before they face Hull City on the 29th in the EFL Cup quarterfinal. The game presents the magpies with a real chance at the semifinal of a major tournament. It has been 11 years since they played in the UEFA Cup and FA Cup semifinals.